Our first event of the day at the Goldstone Deep Space Network NASA Social was to commmerate the Open Air Museum. It all started with an idea and dream, eight years ago with Marie Massey, who at the time was the Outreach Coordinator. She thought, wouldn’t it be great to have an outdoor museum for visitors and guests to see the some of the componentry that are on some of the antenna systems? 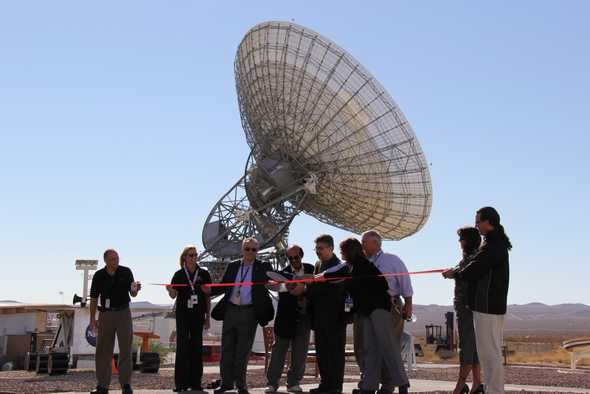 Unfortunately, they couldn’t find all the money or parts to put it together. It was made possible with funding from NASA and the Jet Pulpusion Laboratory. It was built by Deyoni Corporation and Goldstone personnel. 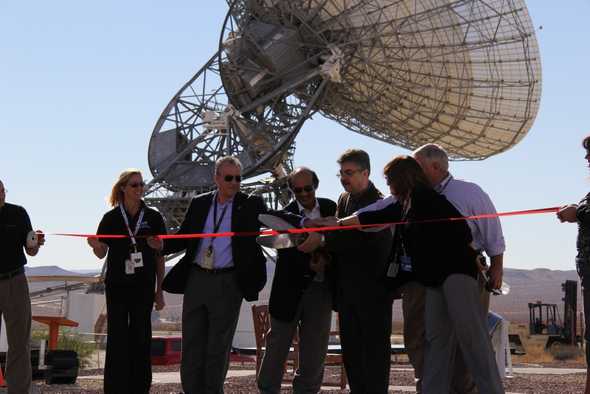 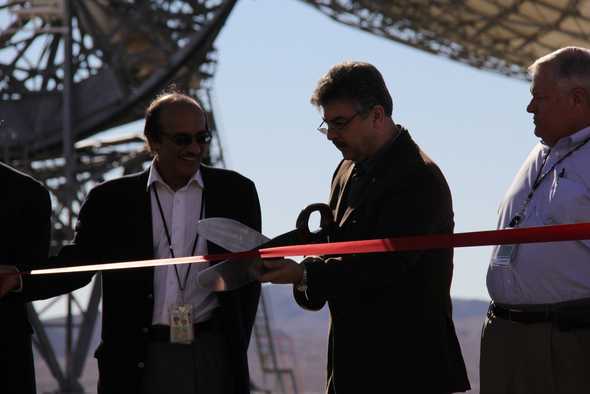 Marie Massey showed the group around the museum. The antennas receive multiple types of signals. Using the Dichroic Plate, the Deep Space Network can separate these frequencies. The holes on these plates are machined to allow specific frequencies to pass through while reflecting other frequencies. The DSN uses both dichroic and solid plates to focus the proper frequency into the proper feed horn for data reception. 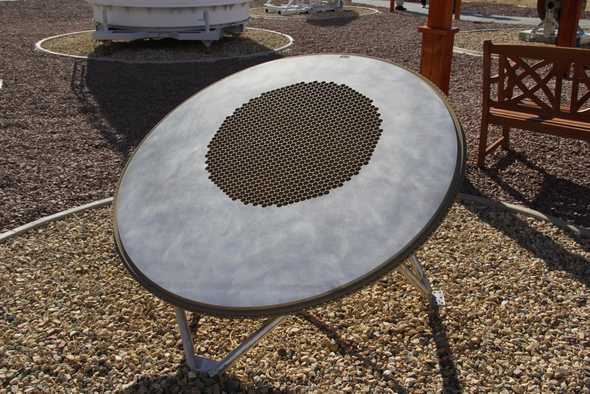 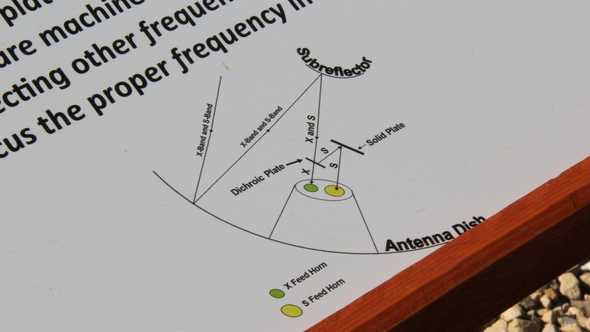 The 34-Meter Beam Waveguid Azimuth Wheel uses a wheel and track system with four wheels designed to handle 200,000 pounds each. This system allows the antenna structure to rotate in a clockwise or counterclockwise direction (azimuth). The rotating structure of the BWG Antenna weighs 800,000 pounds. 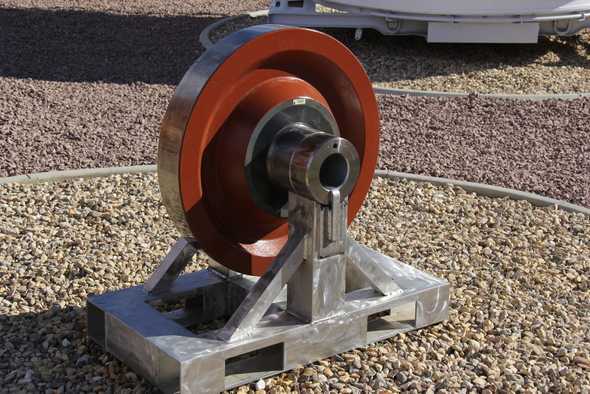 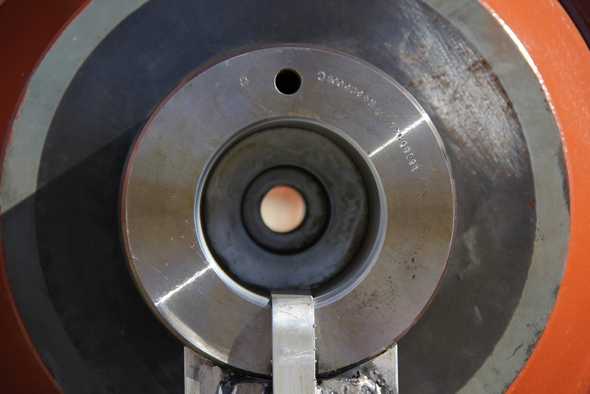 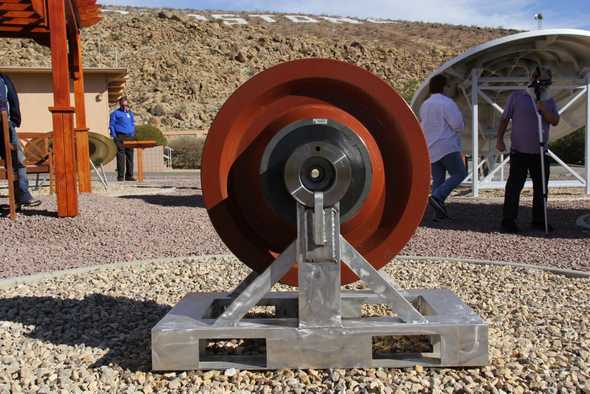 The Cassegrain Cone, positioned in the center of the dish, is used to house low-noise amplifiers and transmitters that are used in two-way communication with spacecraft. 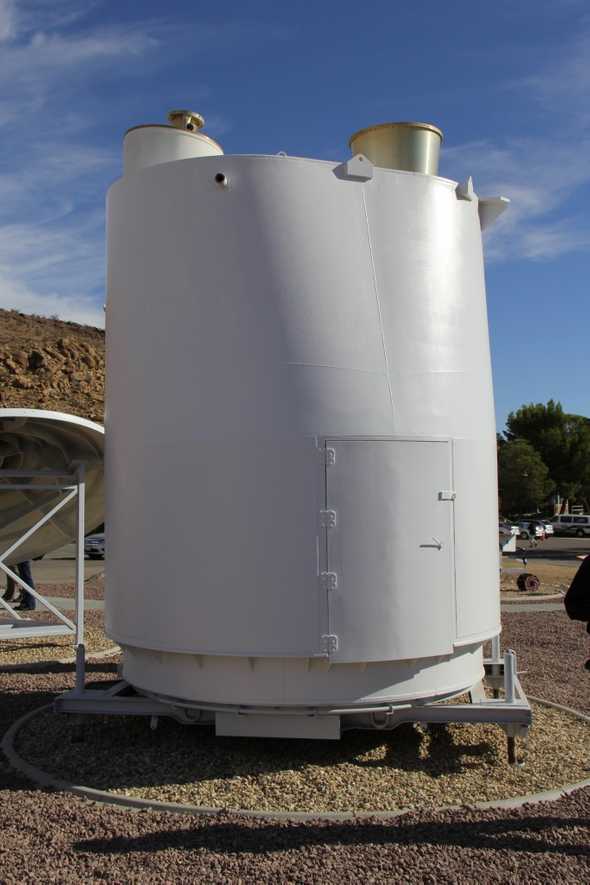 The Beam Waveguide Antenna design requires a series of five radio frequency (RF) mirrors to focus the received spacecraft signals from the reflector to the pedestal room for final focus into the proper low-noise amplifier package. 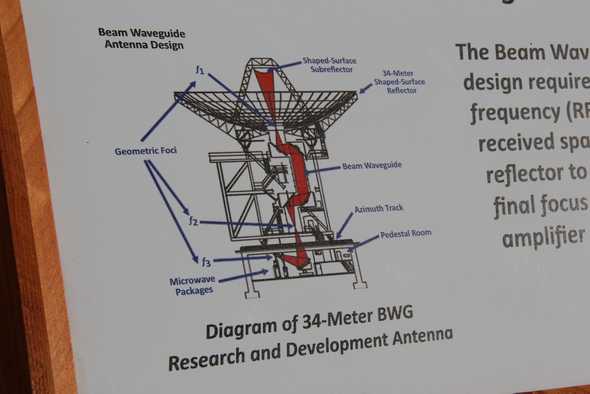 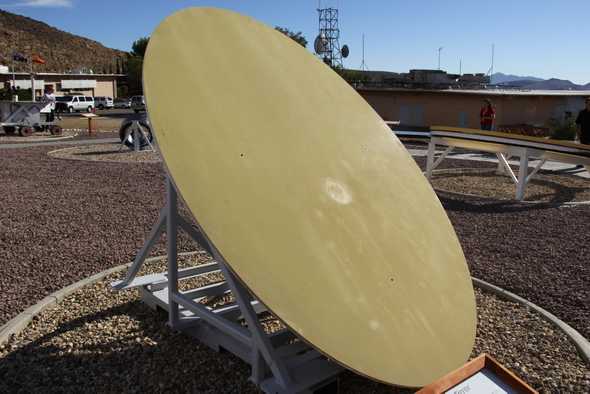 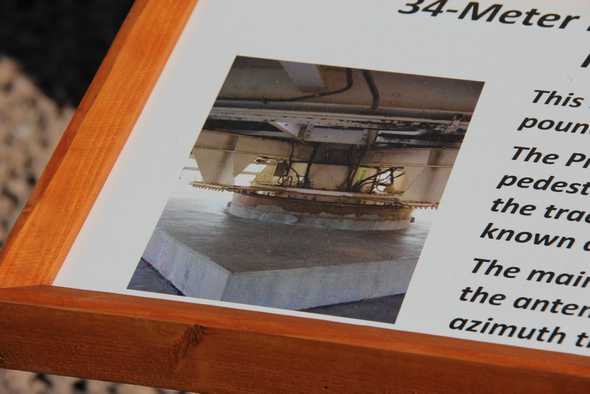 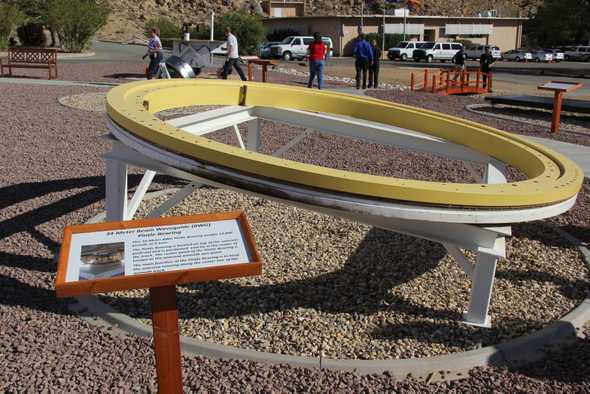 This 16,000-pound runner segment, part of the DSS-14 hydrostatic bearing assembly, was removed during Depot Level Maintenance (DLM) in 2010. A flat, stable surface is critical to allow the DSS-14 antenna to rotate slowly in azimuth (clockwise or counterclockwise) on a film of oil the thickness of a sheet of paper — about 0.25 millimeter — as it tracks spacecraft. After decades of constant use, the decision was made to replace the 5-inch runner with a 7-inch runner to improve performance. 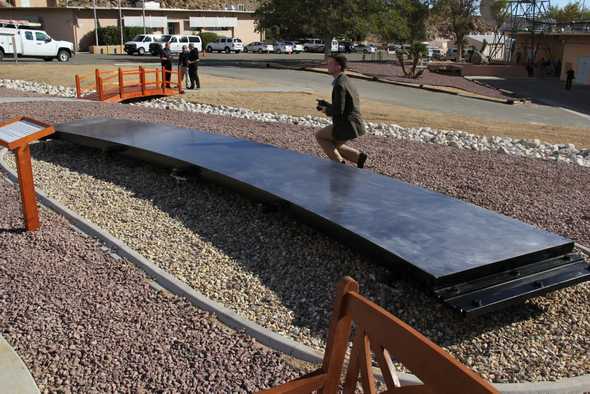