This morning, I started with a tour of Long House. The road up to Long House didn’t open until 9am. A long line of cars backed up waiting for the Rangers to open the gate and lead us up the road. 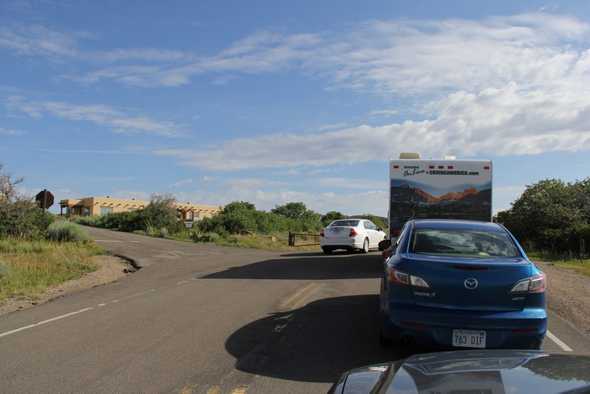 This part of the park requires a ride on a tram. 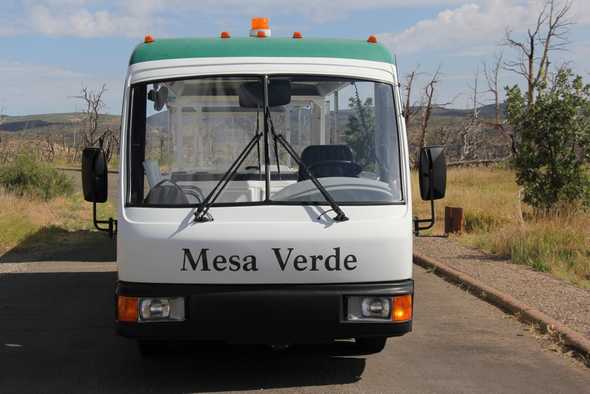 Long House is the largest cliff dwelling at Wetherill Mesa, with 150 rooms, 21 kivas and a large plaza or great kiva. Between 1150 A.D. and 1300 A.D., several generations probably lived together as a household. Each family occupied several rooms and built additional ones as it grew. It was probably matrilineal in organization…through the female line. 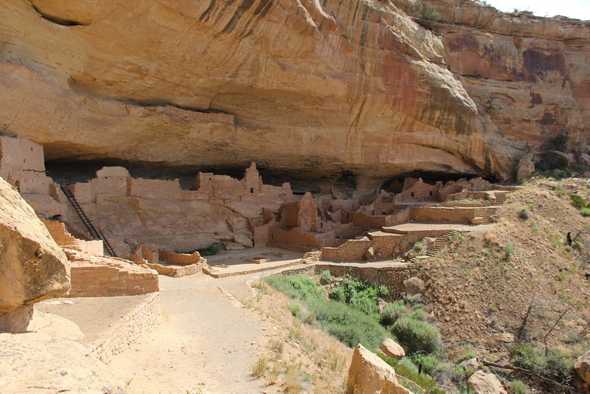 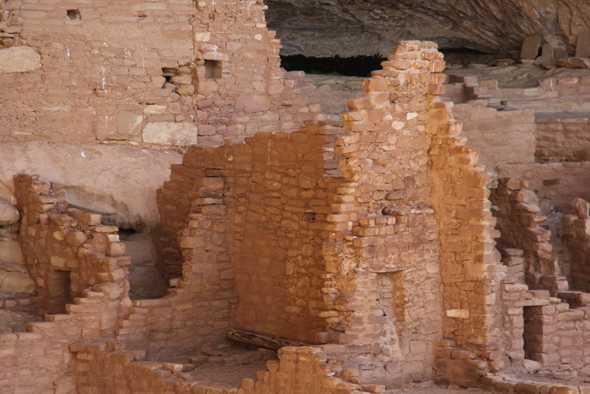 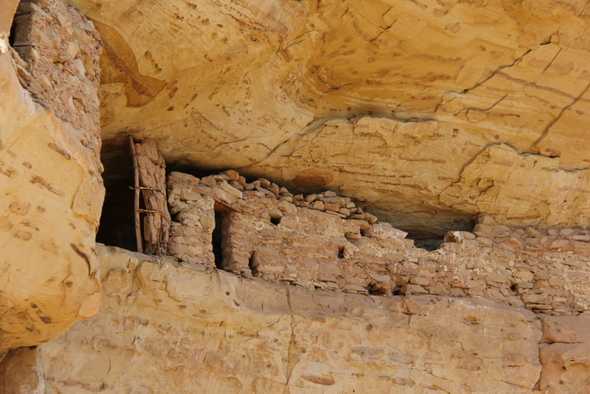 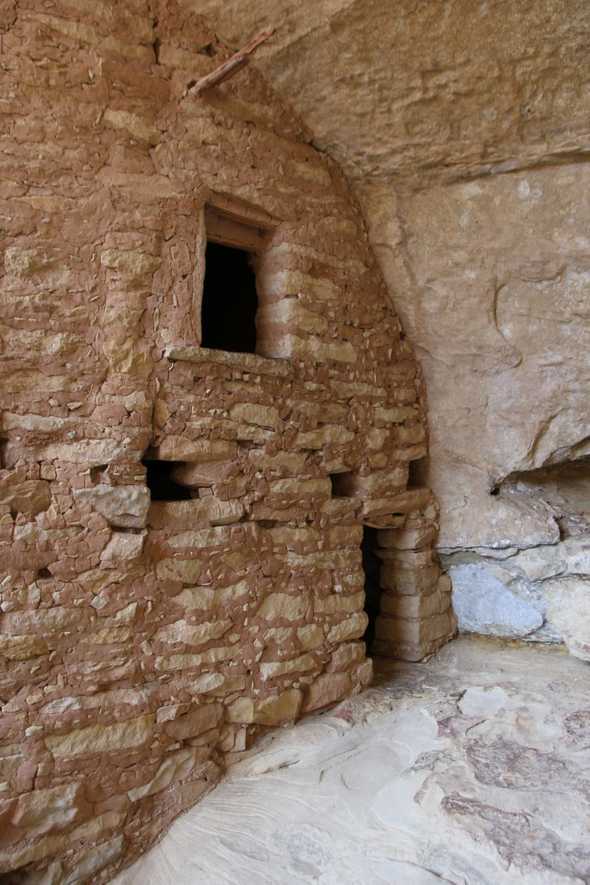 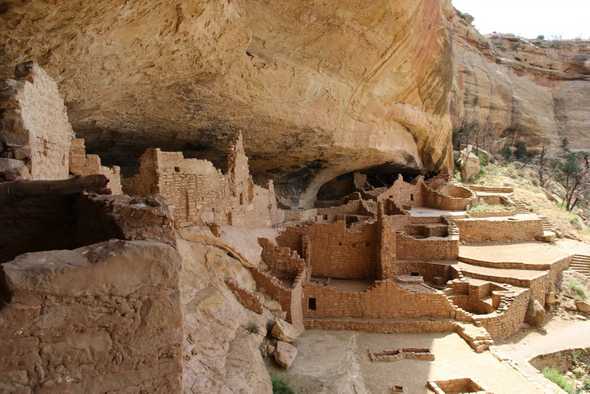 Long House has a spring in the back where water comes out of the wall of the alcove. 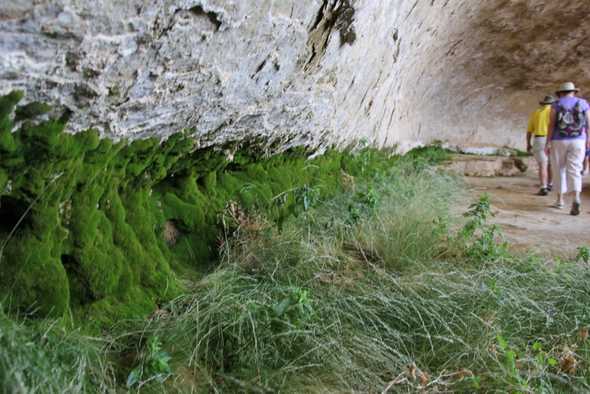 The view from Long House. 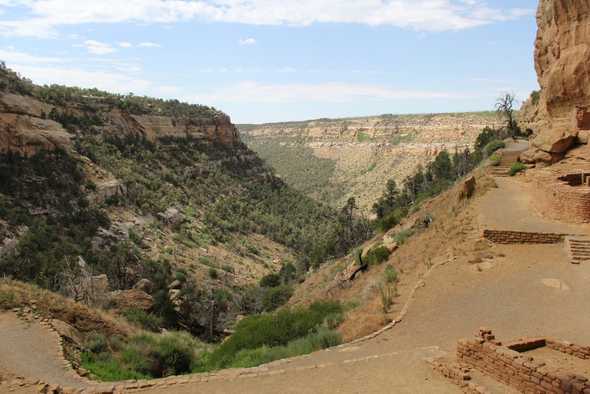 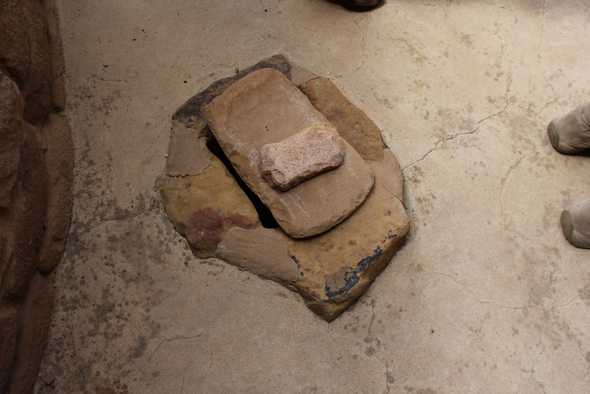 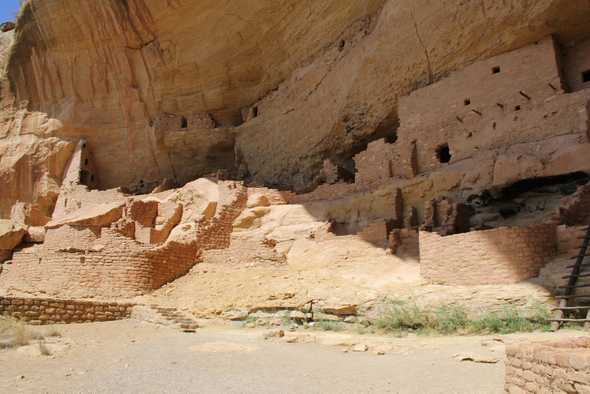 From Long House, the tram goes back to the parking lot, or you can continue to the next stop, Badger House. This community found ways to grow beans, corn, and squash to feed their families each year for centuries. They constructed check dams, low walls made of stacked stone usually 3 to 5 feet high and less than 20 feet wide. One series of check dams extends over 500 feet from the bottom of a cliff to the canyon bottom. Most were built in shallow seasonal creek drainages where the natural movement of water brought fertile soil to rest. Crops were planted in this fertile soil. 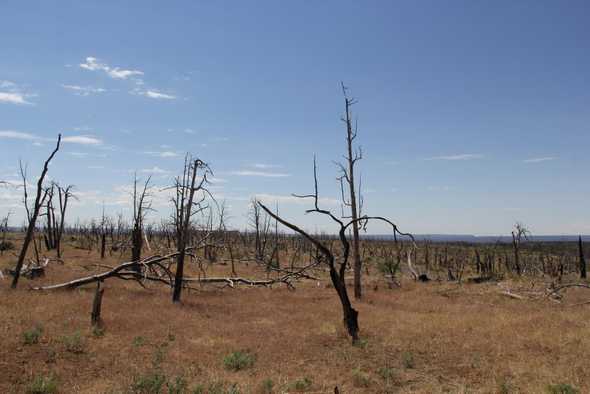 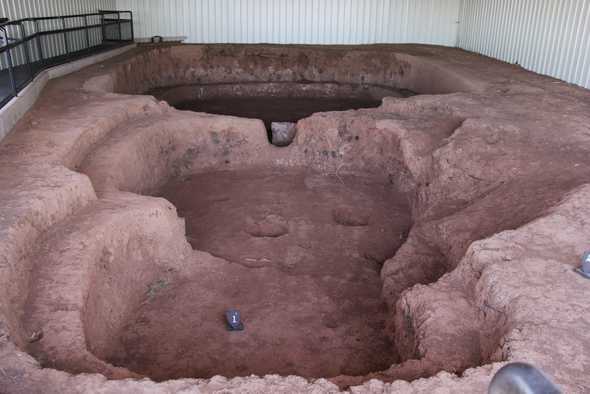 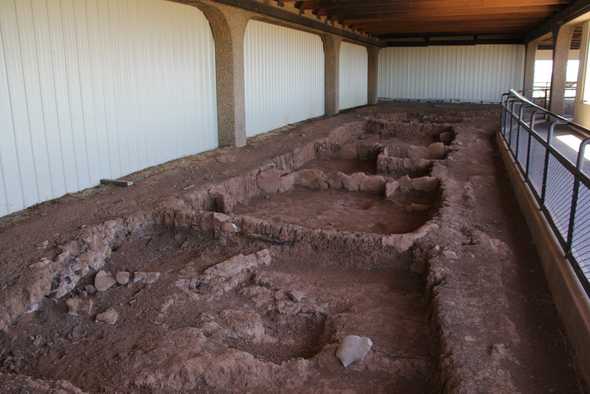 This great kiva is larger than ones used by a small clan or family. It is believed to have served more than one village. There is a gap of fifty years, where it is believed the great kiva was abandoned. Later, inhabitants built one of their rooms over the great kiva, which had filled with dirt and debris. 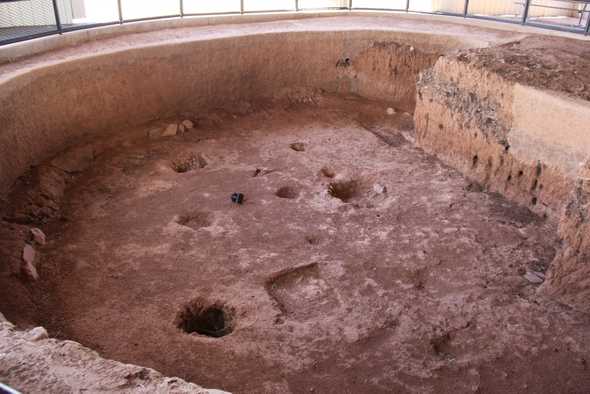 Another thing that differentiates villages is the construction of the walls. Earlier houses were only one stone thick. Later walls were two rows thick with dirt and rough stone fill, probably salvaged from the earlier dwellings. Compound walls could support multistoried pueblos. 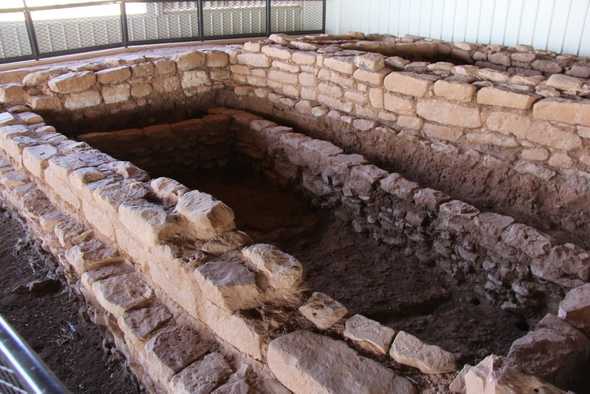 Another interesting piece to this community was the kiva tunnel. It is more than forty feet long and runs from the kiva to the tower. 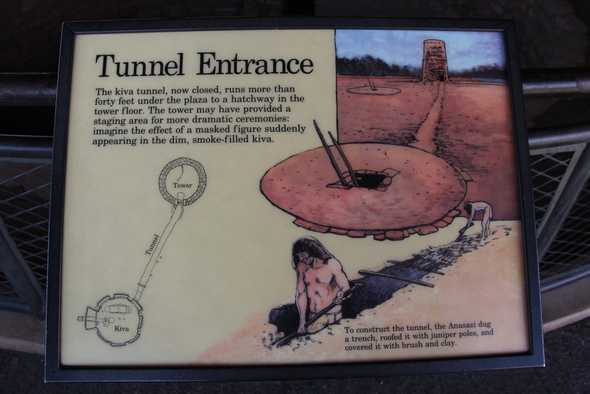 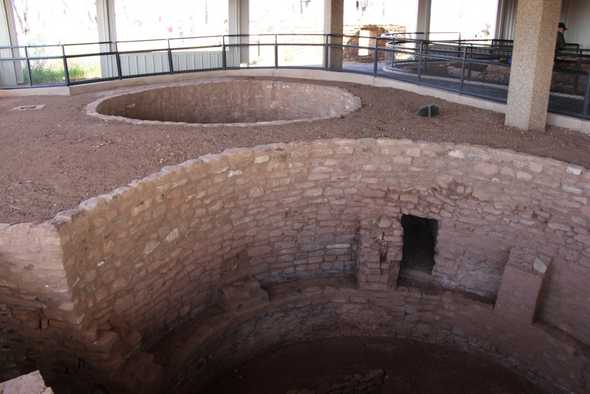 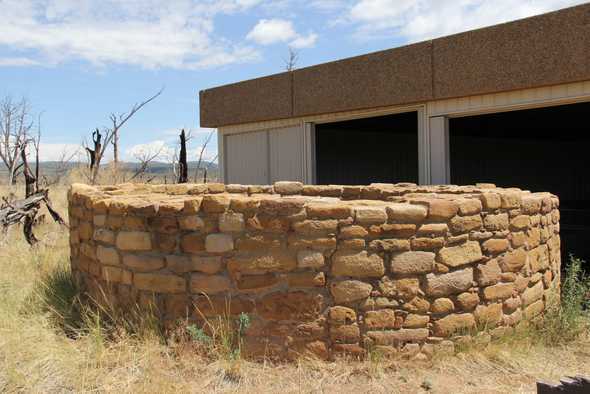 Two more stops along the tram route included the overlook of the Kodak House and Long House. The Kodak House was used for less than a hundred years before being abandoned. 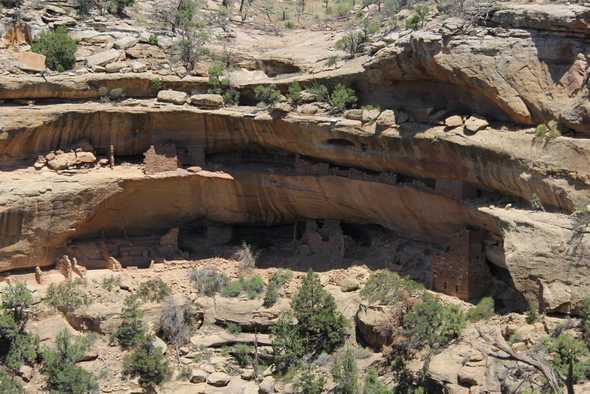 Here’s a view of Long House. 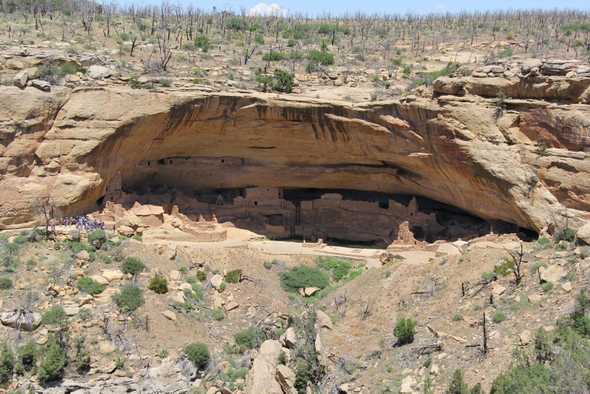 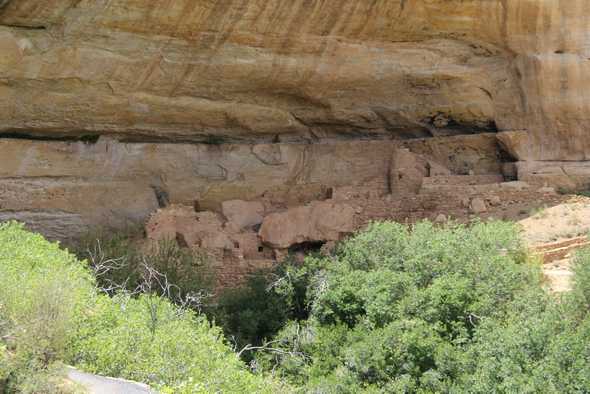 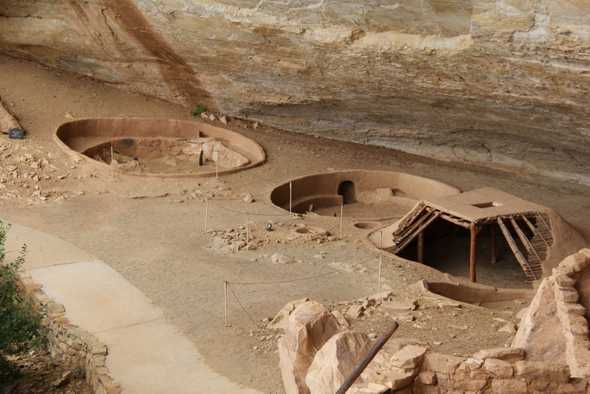 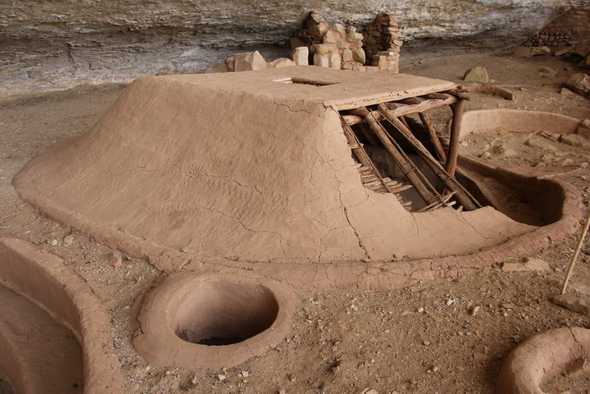 Evidence of grinding can be seen. 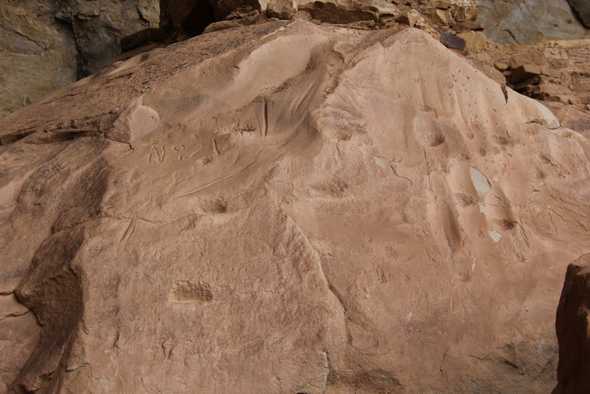 Later on, the right portion of the house was built up. The area where old pithouses were was used at their garbage pit. Fortunately, both have been recovered. 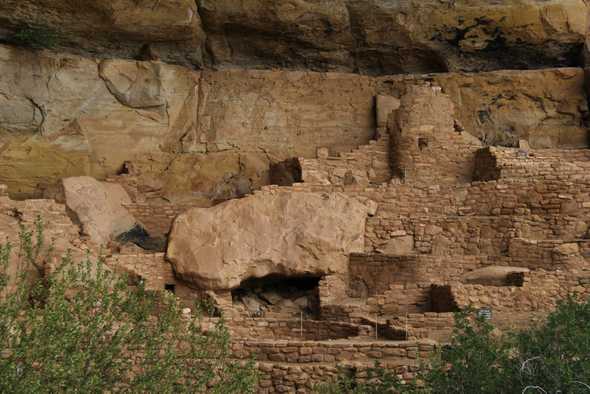 We often don’t think about how we’re destroying our history when we make choices that are so short-term. Visiting all these cliff dwellings has made me appreciate the simpler times in life, when we did more of the work ourselves.

I ended the day back at Cliff Palace watching the shadows creep over the cliff dwelling slowly. 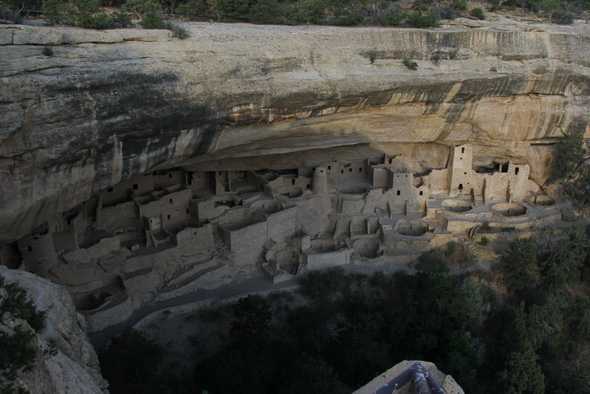 I could have gone on the twilight tour, where a historical character tells “first-hand” of life. Instead, I was treated to an amazing sunset. Somedays the choices you make can lead to unexpected results. 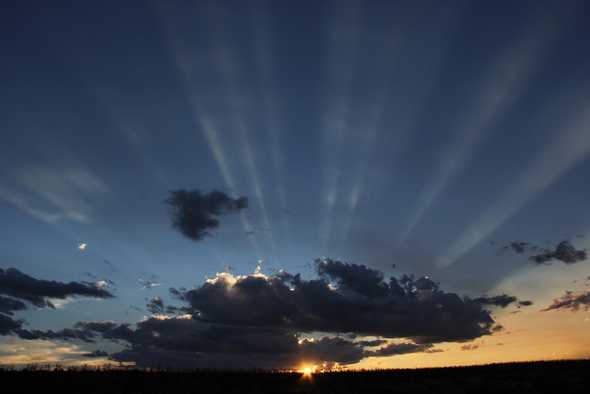