Starting off the second day here at Great Basin National Park, well…Maybe I should have locked the car last night? 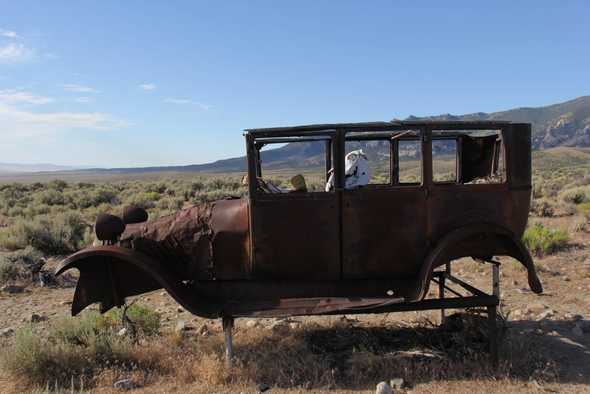 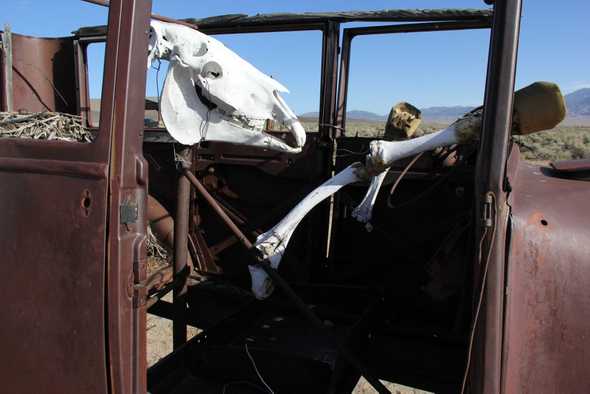 But no worries. I was on time for the 9am Lehman Caves tour, led by Ranger Catherine Miles. 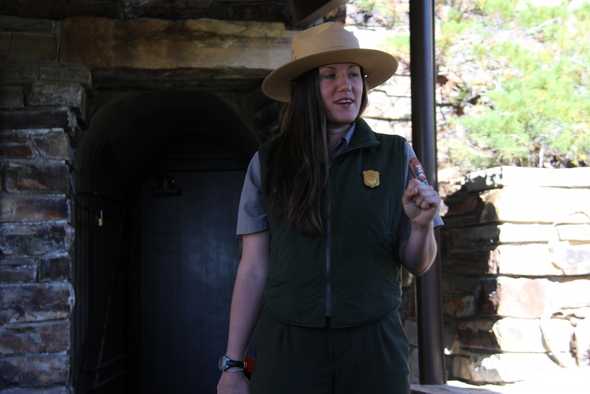 The temperature of the cave was in the 50s, a nice break from the warmer weather that’s been going on. 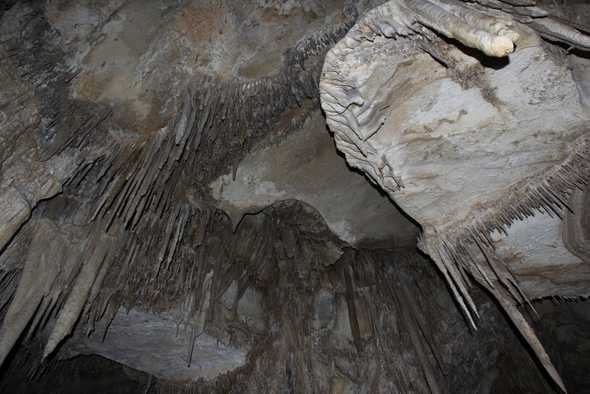 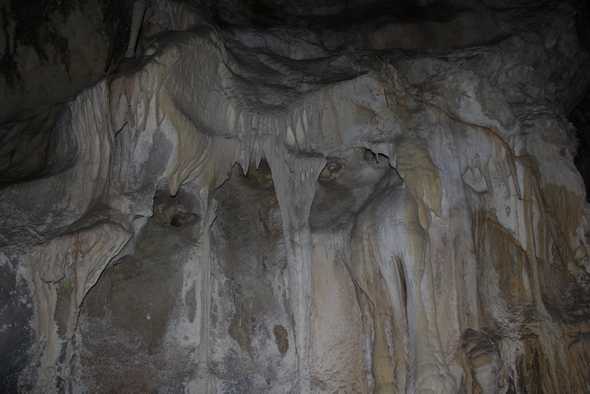 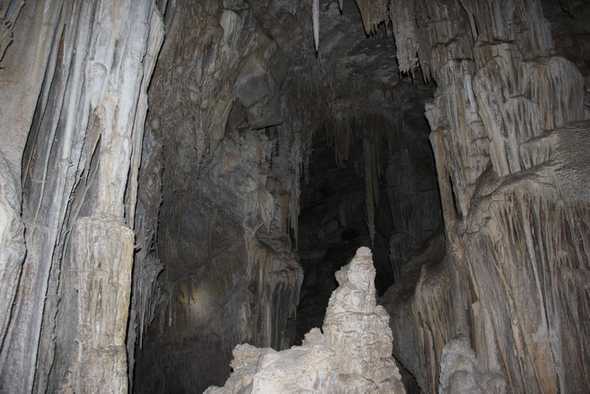 Sadly, in the early days, a lot of stalactites were broken off and taken as souvenirs. 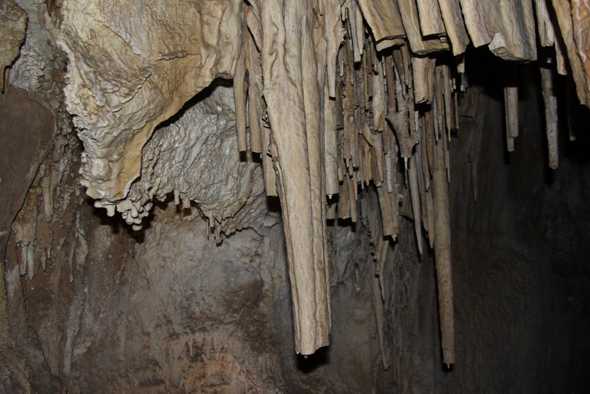 I’ve been in a number of caves, but this one seems to have quite a few fascinating formations. It is amazing that this happens naturally, but so slowly. It takes hundreds of years for small changes to happen. That’s why it is important to look but not touch. Even the oils from our hands can disturb the chemical balance in the cave. 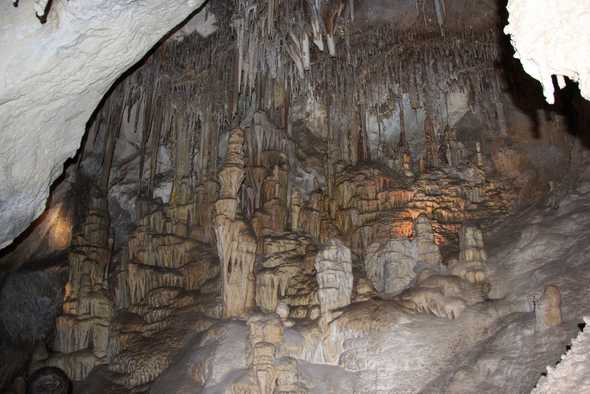 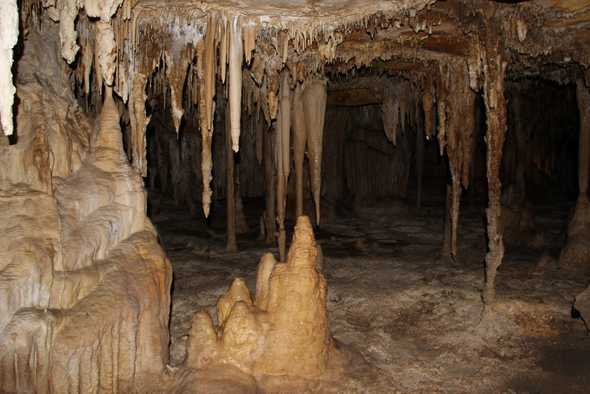 Ready for some cave bacon?

In the afternoon, I went up to the Summit Trailhead and hiked the Alpine Lakes Loop Trail. 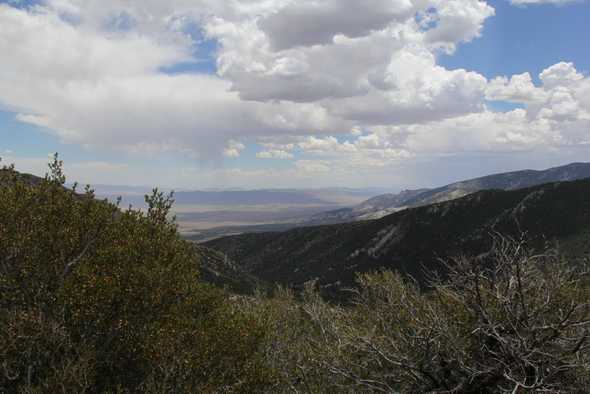 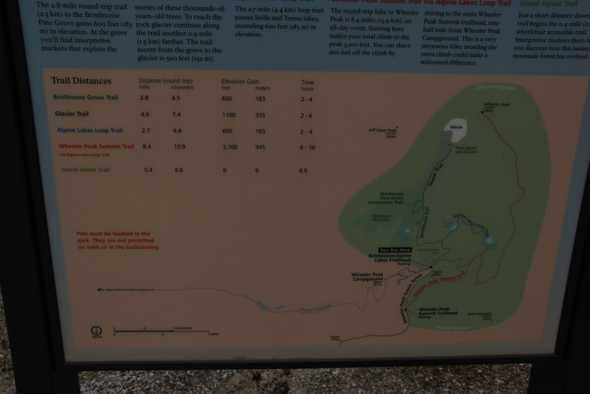 Hiking up to Stella Lake offered beautiful views of the mountains, covered with a few glaciers. 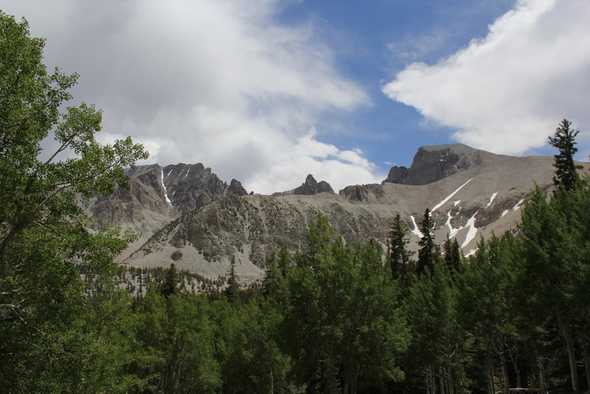 I sat down on a rock next to Stella Lake and enjoyed the clouds passing overhead. 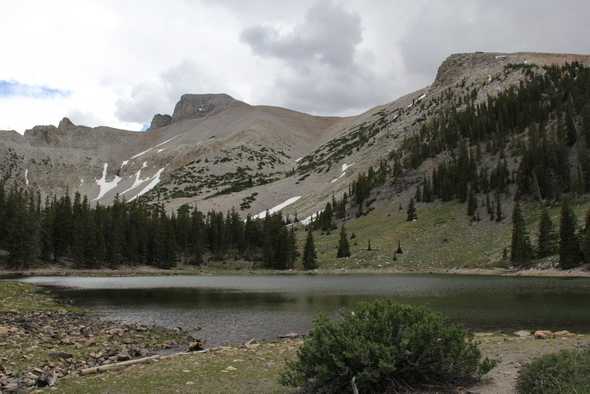 But after only a few minutes, an afternoon rainstorm started. Nothing a trash bag can’t solve!

I continued on the trail around to Teresa Lake. The elevation is 10,230 feet. 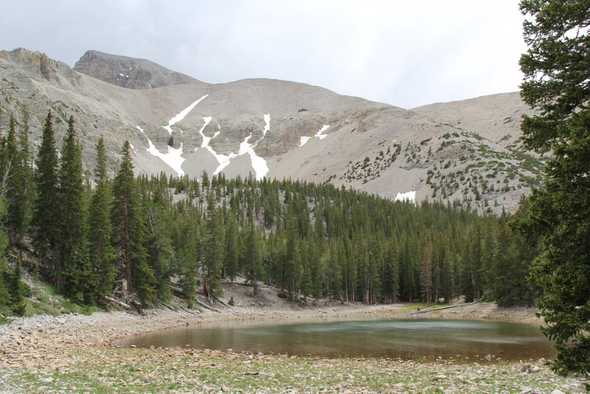 I spotted a deer foraging for food. 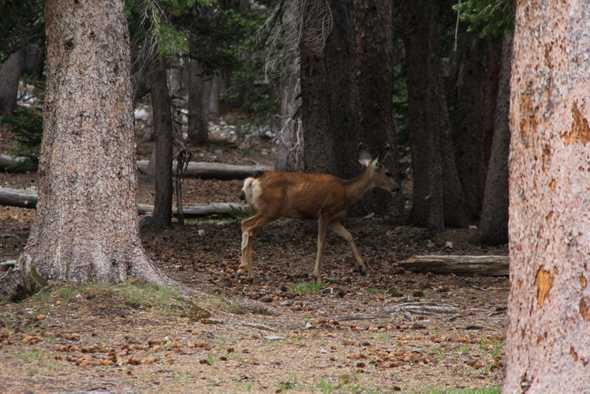 The trail meets up with another that goes up to the Bristlecone Pine Grove and Rock Glacier, 1.3 miles. This trail offered amazing views of the basin. 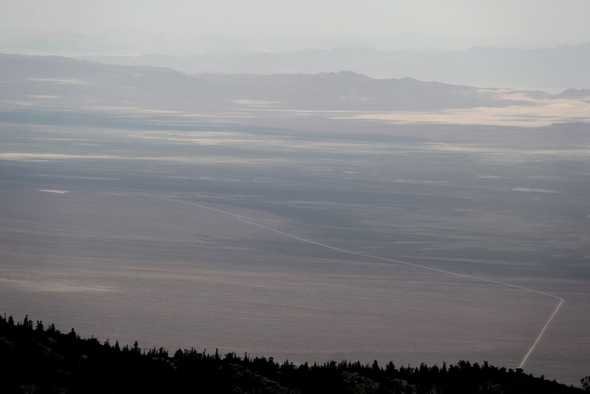 The bristlecone pines are a fascinating piece of work. Some are nearly five thousand years old, the oldest living things in the world. They are found on extremely rugged sites in many of the high mountains of the southwest. 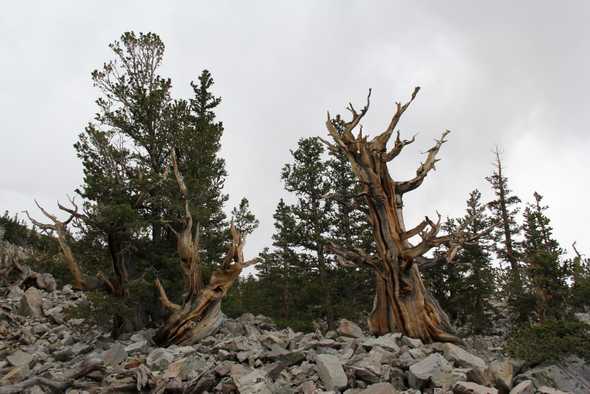 They grow very slowly and their wood is fine grained and resinous, making them highly resistant to decay. Instead of rotting, these trees are eroded and polished by the elements. They can even remain standing for thousands of years after their death. 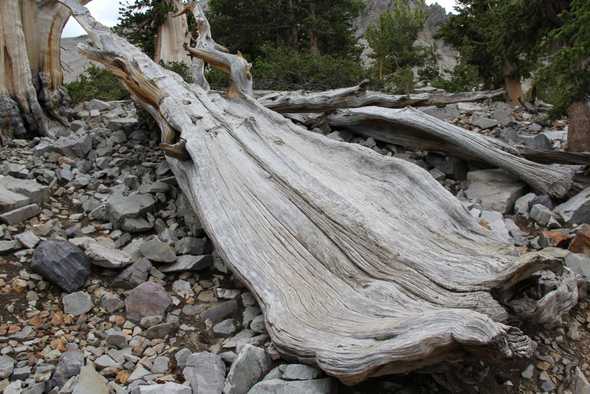 Another half mile up the trail, I stopped at the overlook of The Rock Glacier. Glaciers form where more snow falls in the winter than melts in the summer. When the ice becomes thick enough, its own weight causes it to move. As it moves, the glacier gouges a cirque or bowl in the face of the mountain. 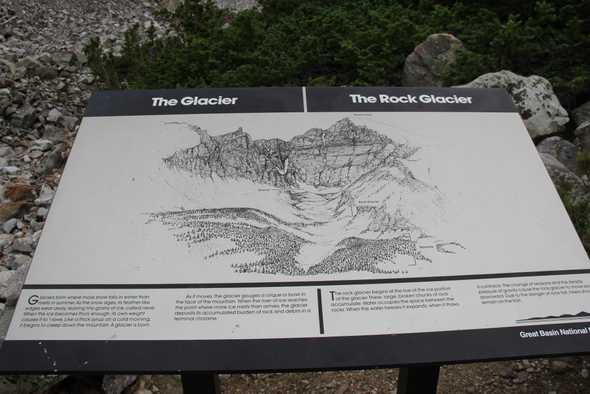 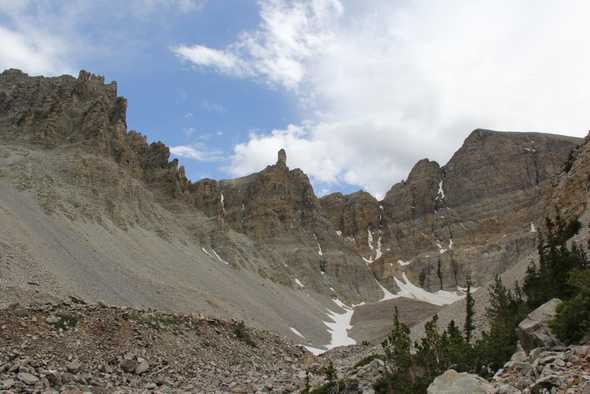 I ended the day attending an evening Ranger program at the campground. The Ranger taught us how to make bread, bake a potato, and make smores using a Dutch oven, aluminum foil, and a campfire.