After seeing Space Shuttle Endeavour launch, my first night launch, I was instantly addicted and wanted more. A few months later, on May 14th 2010, Space Shuttle Atlantis launched on STS-132. This time around, though, it was a day launch and much better on the sleeping patterns.

As we had done with STS-130, we got tickets to watch the launch from the Kennedy Space Center Visitor Center. 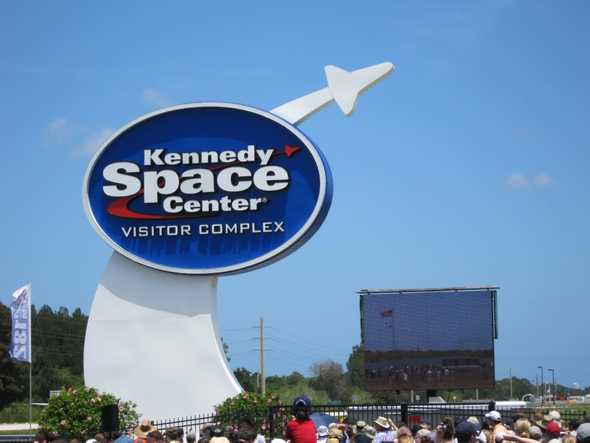 We staked out a spot in the far corner of the visitor center, near where vehicles enter. As the time ticked closer, the crowd got denser and grew. Many found shade under the external fuel tank. 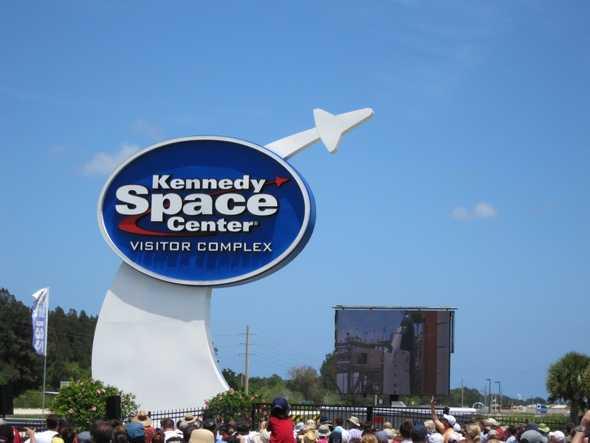 The beany cap was lifted off as final preparations were being performed. 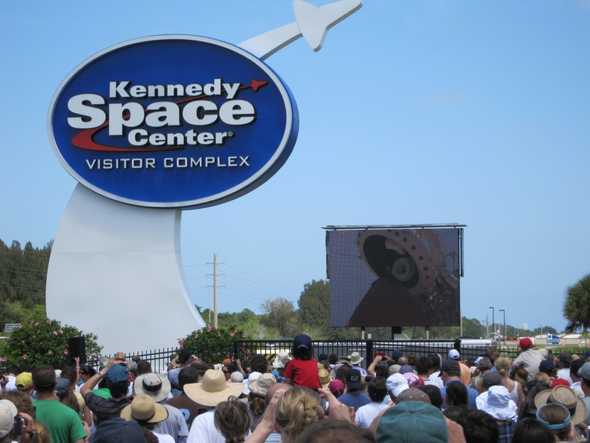 At 2:20 pm, Space Shuttle Atlantis took to the sky. Because of the trees around the center, the first few seconds were only visible on the nearby screen. 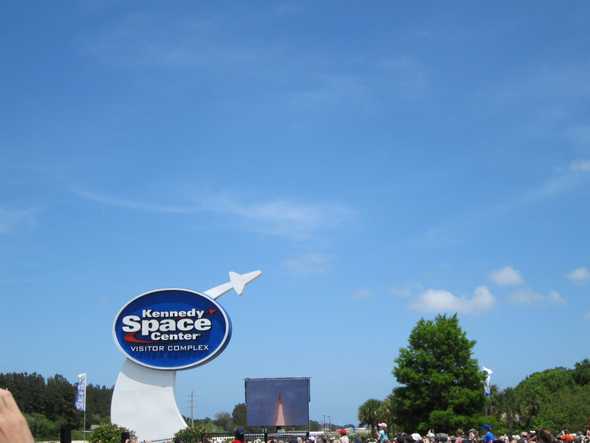 It didn’t help that I was looking off to the right until she was up in the sky. 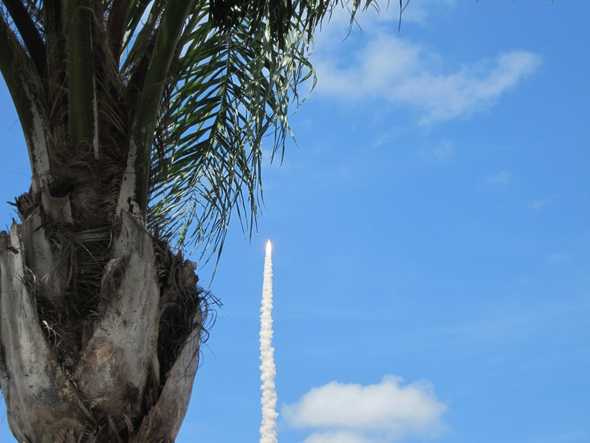 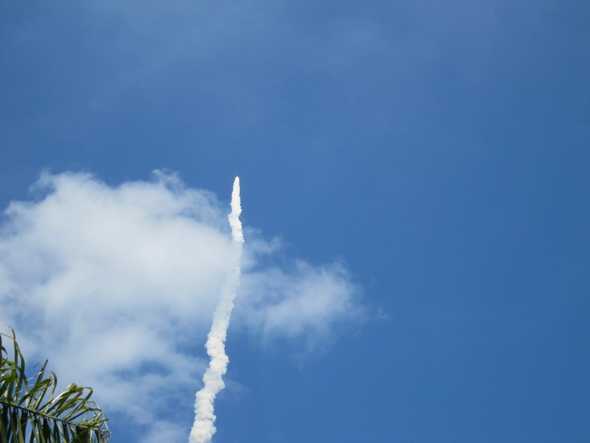 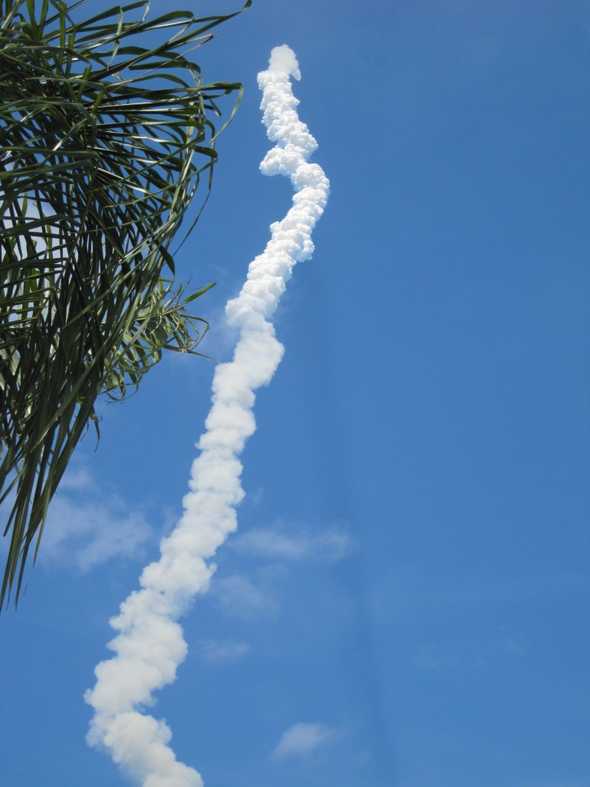 She disappeared behind her trail of smoke, a trail that was beautiful against the blue sky. 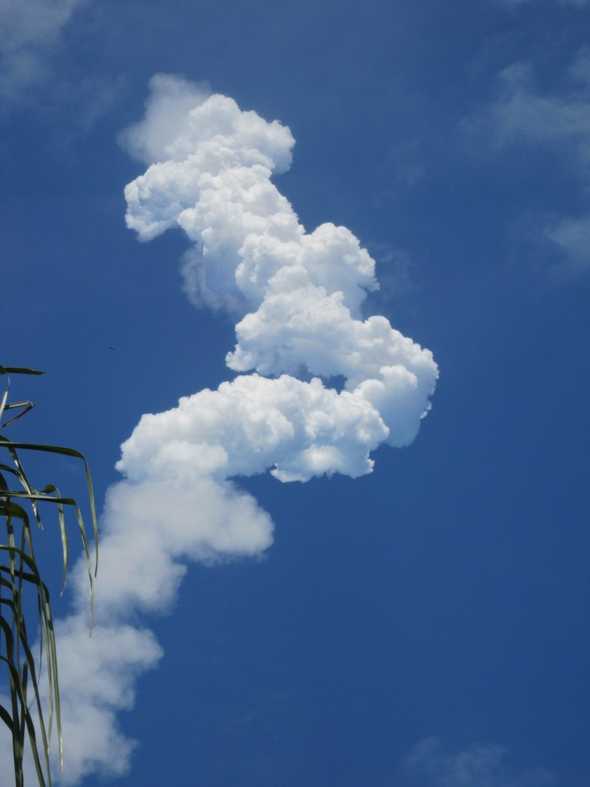 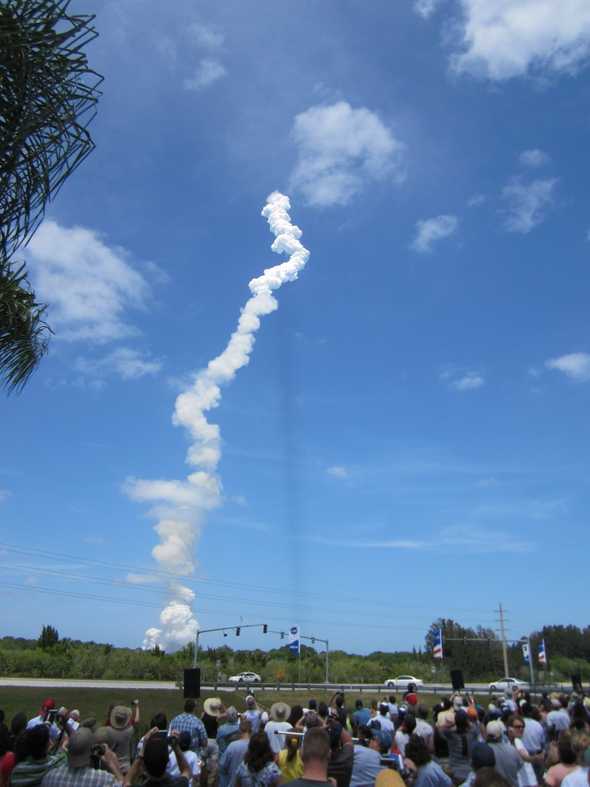