There are times when you are faced with two options: help someone or watch someone. Someone who is unable to solve a predicament themselves and may or may not look to others for assistance. Bystanders can choose to watch the situation resolve to either a peaceful or negative conclusion. Or bystanders can choose to take action and help.

During my visit to Lockport, New York, I was fascinated watching the boats go through the locks and watching the large amount of water drain from one segment to the next, boats rising and lowering. Watching the litte boats and the big commercial boats tie up with all different kinds of people on board.

Most boats were able to accomplish tying up without a problem. Except for one boat, the Absolutely from Goderich, ON. This boat had an older man and woman. The woman pushed and struggled to keep the boat steady and away from the wall while the man frantically tried to regain control. I still don’t know what happened exactly but the boat ended up perpendicular to the wall, and it would have probably ended up getting worse.

Behind them were three guys on the GailForce from Grand Island, NY. Without hesitation, one of the guys jumped onto the walkway adjacent to the lock and ran over to help the two get control of their boat. As soon as the GailForce was tied up, a second guy went to assist the three.

These two men were the “helpers” in my book. They saw someone in need of help, and went to assist. They weren’t obligated to. As far as I know, there’s an understanding at sea that the nearest boat assist another in distress. Whether this applies to small boats, I don’t know.

Everyone felt good about getting this boat under control and helping someone else. Except the two guys went back to their boat, leaving behind a pole on the walkway. The pole is used to push the boat away from the wall or to grab the line. The guys on the GailForce didn’t realize they are missing their pole until it was too late to grab it. 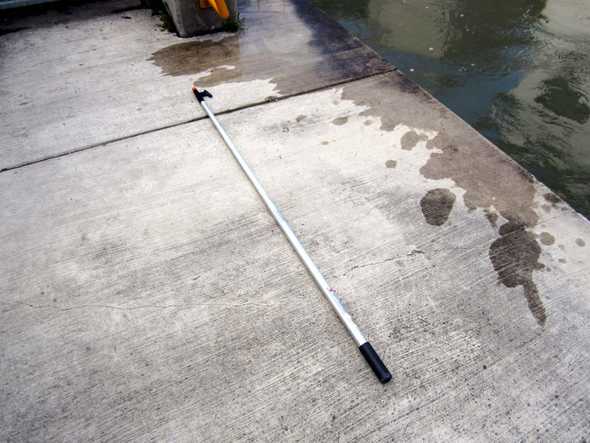 As a watcher of this situation I could have remained a watcher. Instead, I ran down a flight of stairs to the GailForce, grabbed the pole and tried to hand it to one of the guys. A little too late, and a pole a little too short, handing them the pole was no longer an option. Throwing it to them was a bit dangerous.

After another flight of stairs to the final segment of the lock, I waited for them to pass by where I handed them the pole. The guy offered some cash in return for my good deed. I declined, even though I could have used it for lunch or to buy asouvenir.

Looking back at this event, it wasn’t about the reward but doing what I felt was right. In helping someone else, the GailForce was penalized, losing a pole. It’s not even about the value of the pole as it was replaceable and no one lost their life. It was that these guys went beyond what they could have done for the Absolutely: nothing. I was able to acknowledge their actions by helping them out.

In life I have learned that it doesn’t take all that much effort to help someone else. A smile is all that I really expect. And that in the future should I need help, that someone will step up and return the favor. In a world of selfish and self-centered people, it is reassuring to know that there are people who will stop and lend a hand. Be a helper, not the watcher. 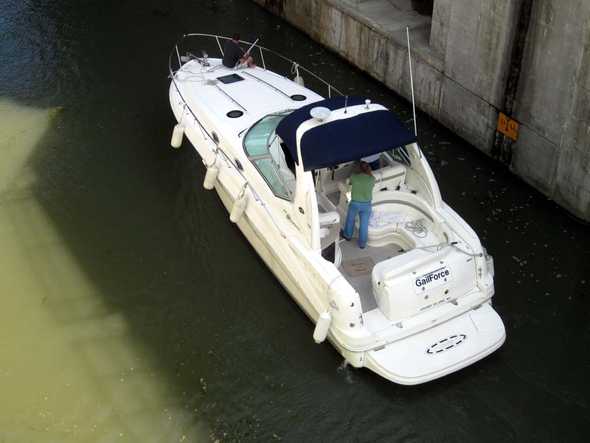