Starting the day early, I headed to the Bureau of Engraving and Printing in Washington DC. Tours are every 15 minutes. Tickets were not required as this is the non-peak time of the year. 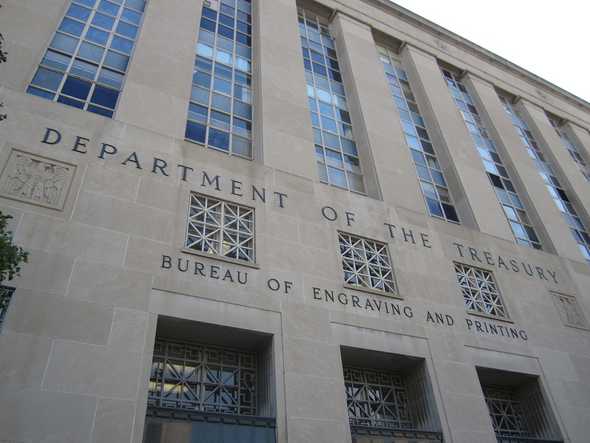 The first stop on the tour was a short video to explain the different places where money is made. This and the Fort Worth, Texas location produce the paper currency.

The tour then showed the Intaglioprinting press that helps to ensure the accuracy of the money. If anything is wrong with the notes, they are shredded and sold in the gift shop. Other points on the tour included the manual (human) verification of the bills, the cutting, the stacking, and bundling of the bills.

They have a case that has one million dollars in ten dollar notes. Pretty neat seeing it up close. 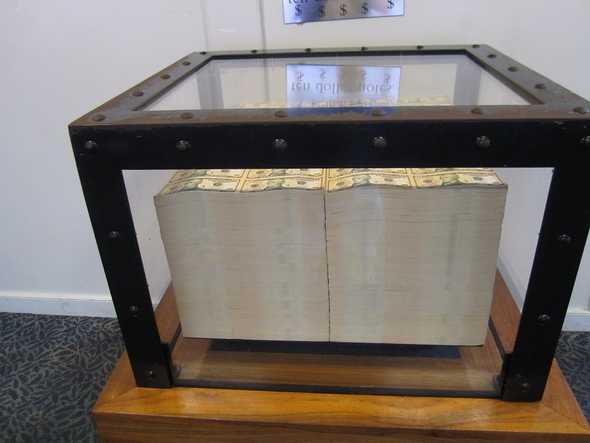 It was an interesting comparison to the Denver mint where they make the coins.

After the 30 minute tour, I headed east to Maryland’s state house in Annapolis. 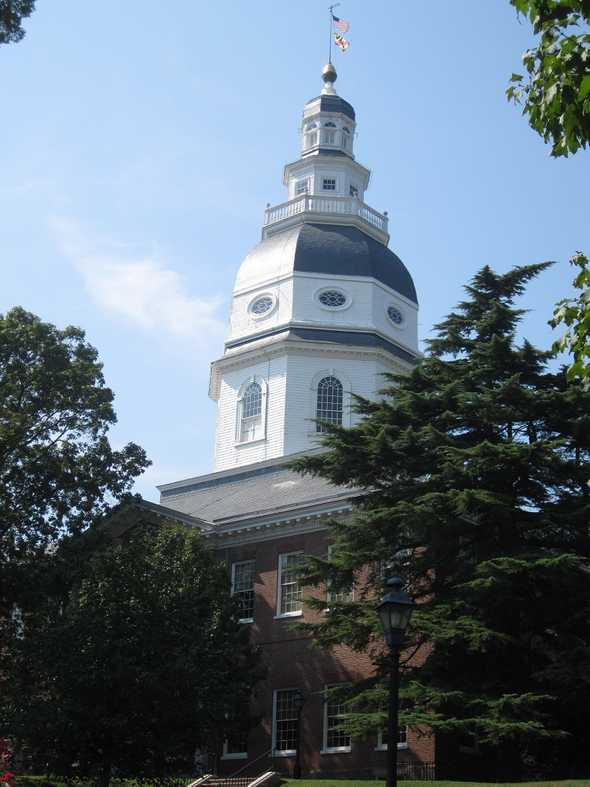 There are two sections, the old and the modern senate chambers. They are doing some renovations of the old section, so in the senate chambers is a photograph of what it looks like. 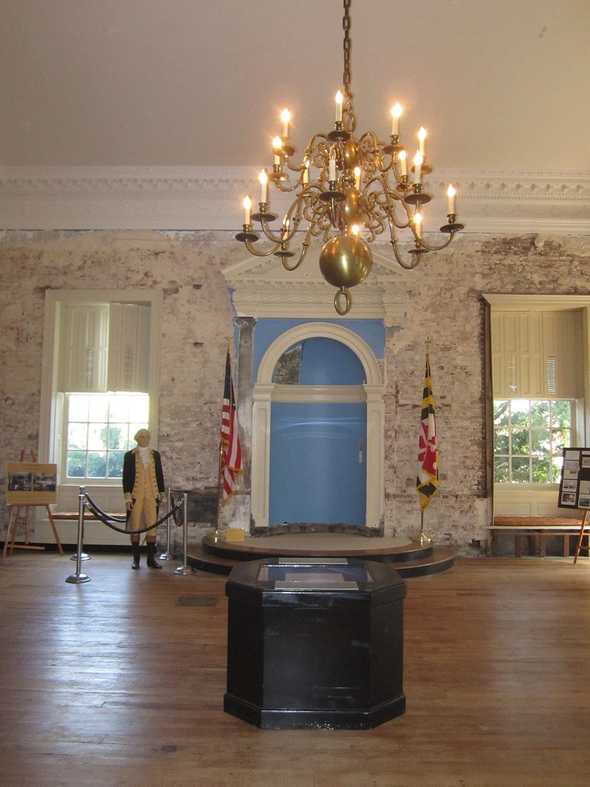 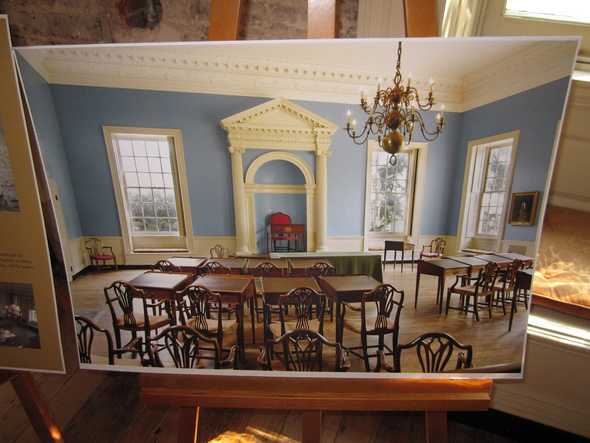 There is a marked spot in the room where General Washington resigned his commission as commander-in-chief of the continental army in 1783. 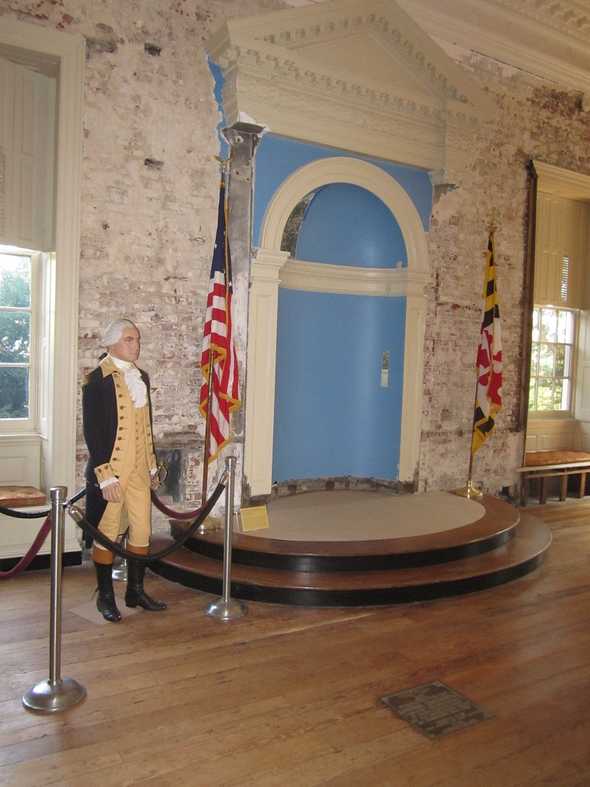 In the newer section is the House and Senate chambers. 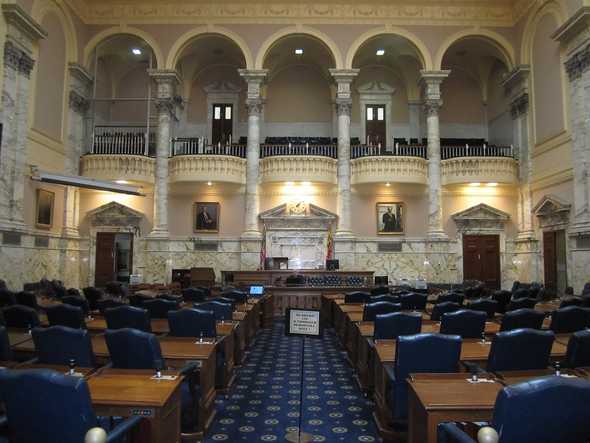 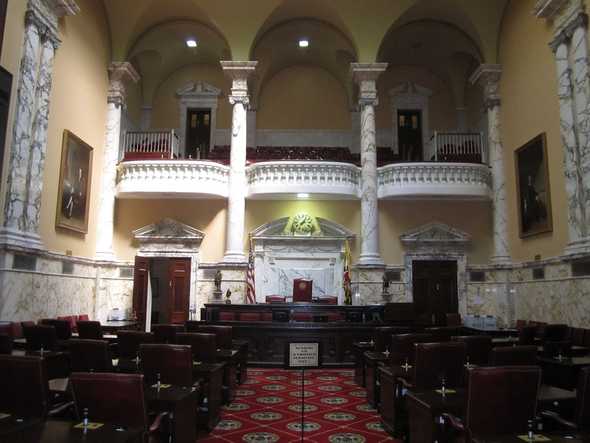 An interesting note is that both a Senator and a Representative are paid the same; the only difference is how many people each represents.

Rushing east to Delaware through farms and pass old fashioned horse and carriages on the side of the one lane highway, I crossed the Bay Bridge, which was a funny coincidencebeing from the Bay Area in California. It felt like they copied our bridge…twice. A little reminder of home. 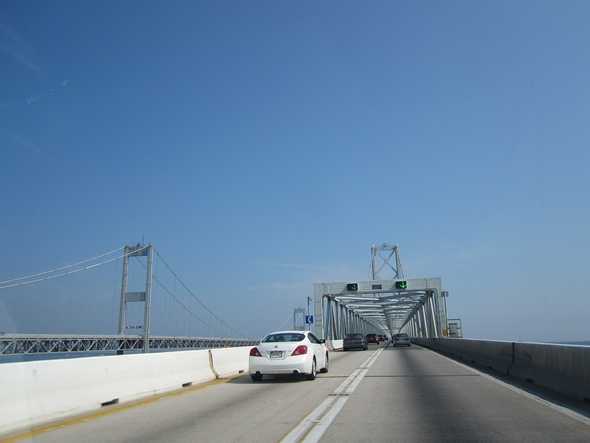 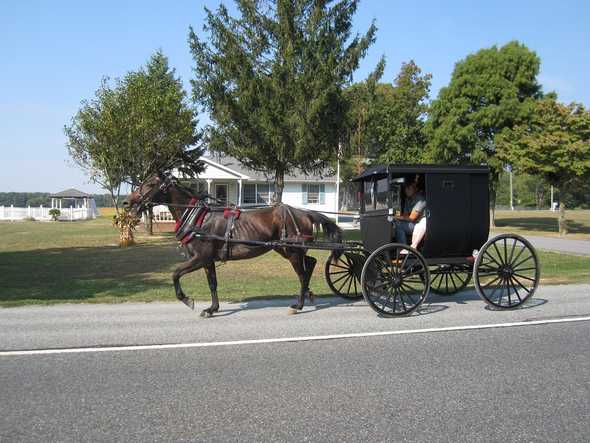 I got a quick personal tour of the Delaware state house and was truly amazed by all the little rooms that the building had. The Senate and House chambers are very small because they didn’t have a large population to represent back then. 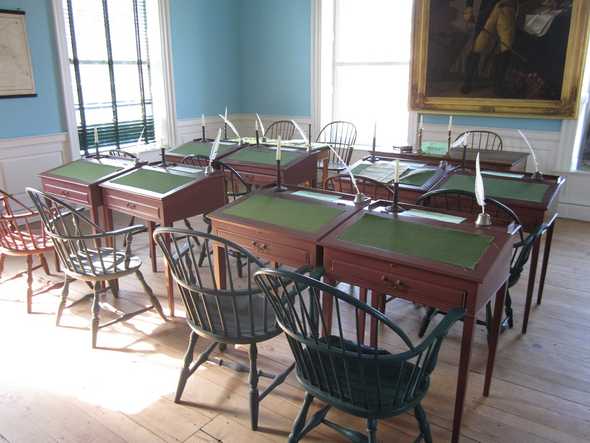 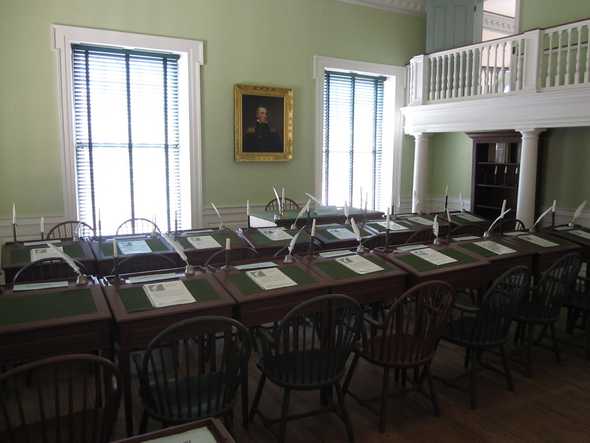 Also in the state house is the courtroom and the recorder’s office. Definitely was a blast from the past.

Across the way is the legislative building. 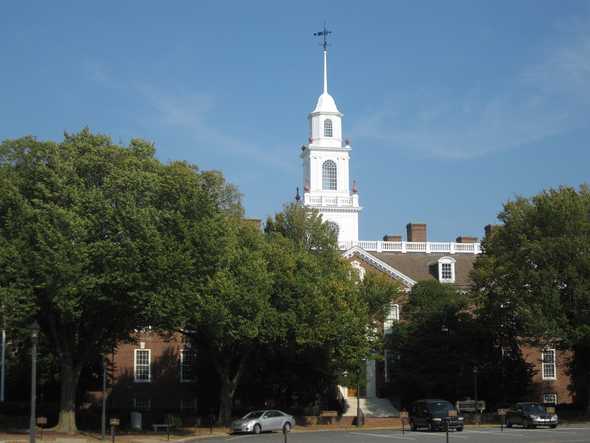 The capitol was very empty on the late Friday afternoon I visited. 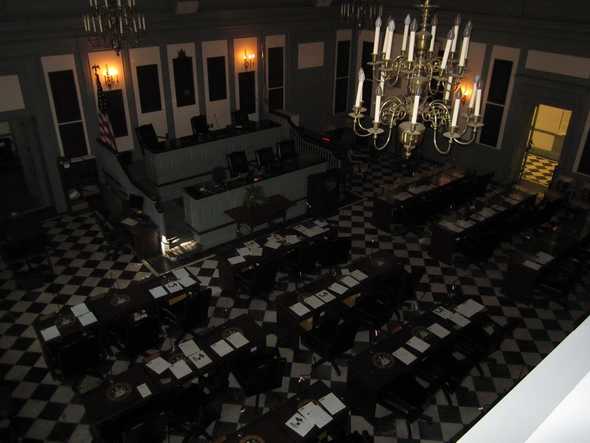 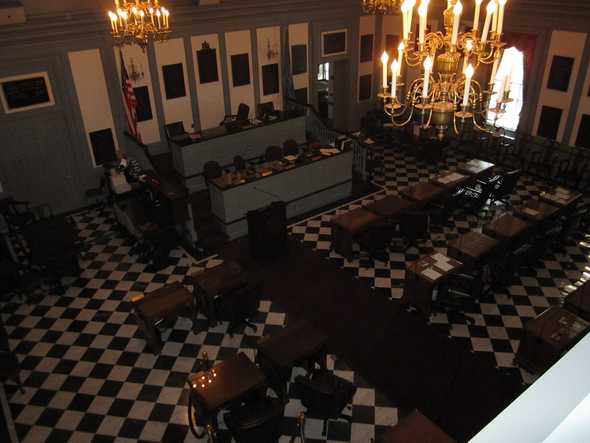 The Governor’s office was bright and very clean. 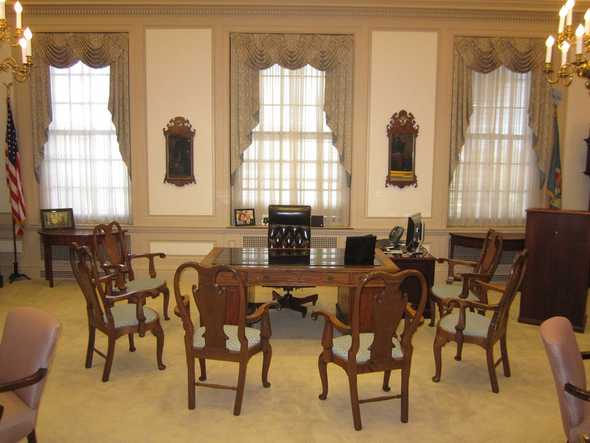 On the way back to Washington, I got to watch a beautiful suneet and see the Maryland Waterman’s monument. 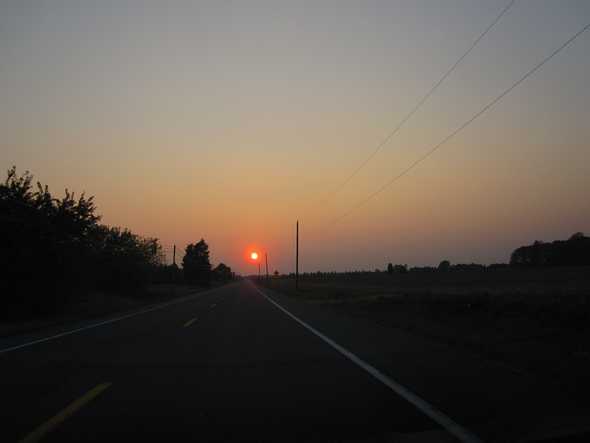 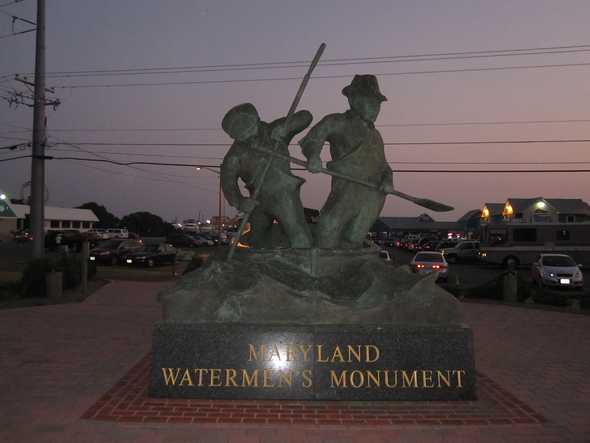 I stopped back by the Maryland state house to see it at night. 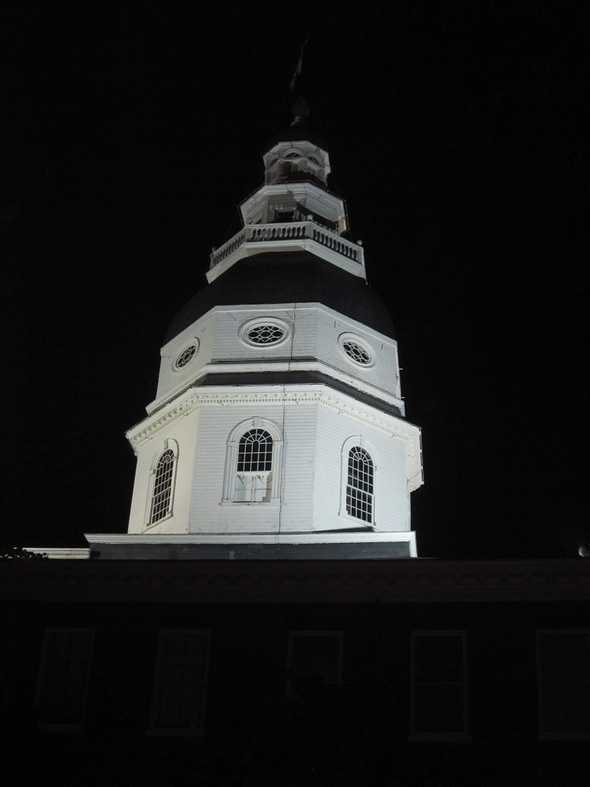 It was a very busy day after a big disappointment the day before.

Check out the Delaware state house for a older version of how the government was run. The difference was surprising and worth the time. The Bureau of Engraving was a favorite but isn’t as impressive as watching the coins at the Denver mint.

Everything mentioned is free.