Today was wasted trying to reposition and figure out what could be done for the remainder of the day. By the time I got settled, everything was closed and so today became a rest day. I found out a few things at the airport during the 2.5 hours after my flight landed.

There is a travel aid desk that have some very competitive rates for hotels near the airport. Apparently this airport is far enough away from Washington (Regan much closer) that they work a little harder to get travellers to come visit. I got a nice hotel room for cheaper than anything I could find on the internet.

It was extremely hard and frustrating to do anything from IAD. It took over an hour and a half to get a shuttle to a nearby hotel. But once I got to the hotel, there was a king size bed waiting for me.

After dinner, I watched the sunset. 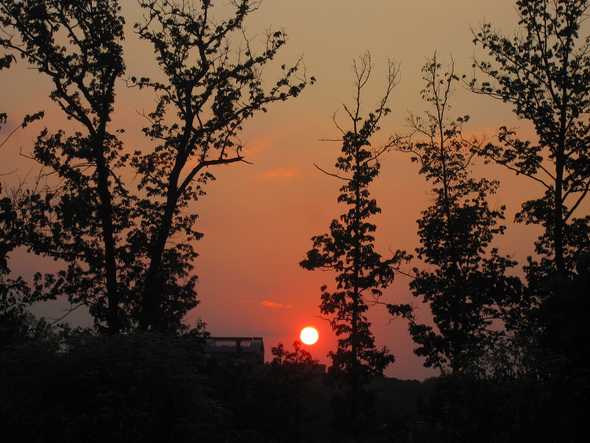 After two weeks of travelling, it is becoming a little more of a challenge to focus on what the plan is for the next day.

Every available moment is dedicated to sleeping, in airports, on the plane, in the car, and thankfully more often in a hotel. This isfurther complicated by changing flights in my very jampacked itinerary. Keeping the rest of the itinerary the same and reducing the snowball effect of having to change all the remaining flights results in some extra time like today. Due to the 3-day period to book, there is no chance to change things last minute, except to cancel and get stranded in a spot for a couple of days.

Tomorrow is a new day and should be interesting.

An interesting side note. While I was waiting for the shuttle to the hotel in very warm weather, it started raining heavily. It was strange how it was hot, sunny, and down-pouring all at the same time. The rain would have been refreshing if it wasn’t so hot.